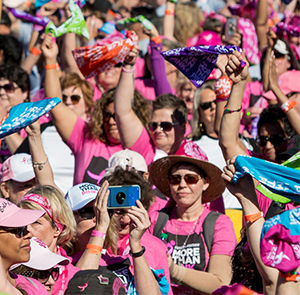 We're all in and we need you with us.

Made a Personal Donation

Help Me Unlock This Badge 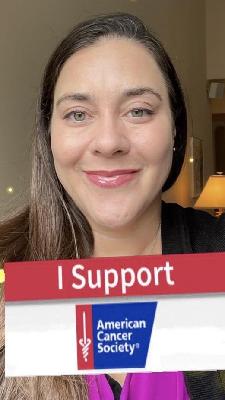 My Story: Trust Your Gut

For me - as for many people - 2020 was a terrible year. The Covid-19 pandemic made life difficult in numerous ways, including receiving appropriate health care.

I had my annual mammogram in early February 2020, prior to the outbreak of the pandemic. Due to my symptoms, my OBGYN immediately ordered a breast ultrasound, and I was referred to a surgical oncologist as a follow-up. Despite having classic symptoms of breast cancer, it took over nine months for me to receive a breast cancer diagnosis, largely because I had no family history of breast cancer and due to my relatively young age. The first surgical oncologist I saw diagnosed me with an intraductal papilloma, which would require surgery to remove but was not considered essential surgery, so it would have to wait due to the hospital's Covid-19 restrictions. I only saw her twice in person prior to several telehealth appointments, due to the pandemic.

After learning that a friend of mine was diagnosed with breast cancer in the fall, I decided that I needed to see a doctor in person. My doctor decided to retire, so I saw a new surgical oncologist. Since she could not see anything in the ultrasound, she recommended that I wait until my next mammogram in February 2021. This did not sit well with me. The previous doctor had discussed the need for surgery, while this doctor believed that there was no problem at all. My husband encouraged me to find answers and not be complacent, so I asked if there was anything else that I could do rather than wait. At this point, she told me that I could get an MRI, although she did not think that it would show anything. She was wrong: the MRI revealed a large tumor that would require a mastectomy to remove. At that point, I began the search for a new surgical oncologist.

Dr. Maureen O'Donnell of Sibley Hospital in DC stepped into my corner in my fight against breast cancer. She ensured that I quickly got all the testing I needed pre-surgery and helped me by being available to talk to me about the difficult decisions I had to make. A biopsy revealed that the cancer was triple negative, which is very aggressive, fast growing, and resistant to treatment. Time was of the essence to prevent its spread. I decided to have a double mastectomy in order to not have to have imaging completed every 6 months for the rest of my life; the stress and anxiety of continual imaging was more than I thought I could bear.

By some miracle, the cancer did not spread; it had remained inside the milk duct, so it was not invasive cancer, which means that I did not require chemotherapy or radiation. I was lucky.

I have since learned that 80% - 85% of women diagnosed with breast cancer have no family history of the disease. Women with dense breast tissue are less likely to find lumps in their breasts, and it is more difficult for doctors to identify lumps in dense breasts.

As I approach the second anniversary of my mastectomy, I am still living with the effects of the surgery. I suffer from Post-Mastectomy Pain Syndrome, which affects 20% - 30% of women. Daily, I manage my nerve pain with medications and physical therapy. I also fear that the cancer may return. Two women that I know have died recently in their battles against breast cancer. Cancer that had been treated and gone into remission.

Georgia Is MORE THAN PINK®