Team MC is More Than Pink 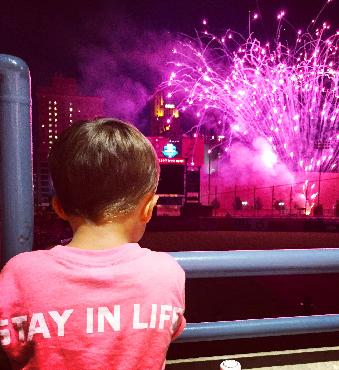 Team MC is organized in memory of Mary Chris Skeldon.  Anyone who knew her, knew that she was a force to be reckoned with.  She was small, but mighty and loved as hard as she fought for the people and causes that were important to her.

When she was diagnosed with metastatic breast to bone cancer in 1997 at age 44, she was given 18 months to live by all of the oncologists she saw.  At that time she was married to the love of her life, Marty Skeldon, and together they were raising 3 children, Mark, Maureen, and John.  She was the press secretary for the Mayor of the City of Toledo who was preparing to run for re-election in the fall.  Breast cancer wasn't about to stop her from raising her children with Marty, or from working on the campaign to re-elect the Mayor.

She found a physician at The Cleveland Clinic who was doing stem cell transplants on late stage breast cancer patients.  This is the physician who helped to shape her mindset toward her fight.  She was talking to they physician about the details of her treatment and worrying about the "what ifs."  That was when her doctor told her, "Mary Chris, let me worry about the cancer.  I want you to stay in life." She took that advice and ran with it!  From that moment on she embraced every second of life. She made it through her stem cell transplant while running the Mayor's campaign from her hospital bed and continuing to raise her children and enjoy the company of her husband Marty (who was with her every step of the way).  She beat that cancer and outlived her prognosis by nearly 2 decades!

When the cancer returned 13 years later, MC took to the fight again.  This time was a little different, because she quickly exhausted treatment options. She began looking for experimental studies and worked with her oncologist to qualify to be a part of them.

She was energized by the idea of helping to discover new and better treatment options for people with breast cancer.  The Komen Foundation made much of this research possible and MC recognized how important it was to continue to garner support for this cause.

MC was a true fighter until the end.  In 2015, her battle with breast cancer came to an end.  Her family and friends continue to support Komen in her memory.  Team MC is an easy and fun way to continue her fight to find a cure for breast cancer.  Please consider joining us today!  And remember to stay in life!

Read More Read Less
Donate today to reduce the number of breast cancer deaths by 50%
in the U.S. by 2026 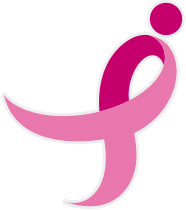